Earthworms are simultaneous hermaphrodites (earthworms have both male and female reproductive organs).  During sexual intercourse, both sets of sexual organs are used by both worms.  The end result is eggs from both mates are fertilized.  This is a highly efficient way of ensuring the survival of the species.  In fact, vermicomposters, people who raise worms and other organisms to compost, claim that their earthworm populations double every 60 to 90 days.  Earthworms copulate by lining up against one another, facing opposite directions.  In this position, the worms produce a slim tube around their bodies (created through the excretion of mucus).  Each worm ejaculates sperm into its mate's slim tube.  It is then deposited into the the other worm's sperm receptacle.

The wide band in front of the earthworm is called the clitellum.  This band produces another tube of mucus. This band is passed forward towards the mouth of the worm.   As the worm travels forward, the mucus from the band passes over the sacs containing the worm's eggs (they stick to the slime).  Now stuck to the slime tube, the eggs pass over the seminal receptacle (this is where the other worm's sperm is kept). The eggs and sperm mix together in the slime tube and the eggs are soon fertilized.

The clitellum band is taken off the head of the worm and it transforms into a cocoon to hold 4 to 20 worm eggs. Two to three weeks later, the newborn worms will hatch and wriggle out from the cocoon and into the soil. 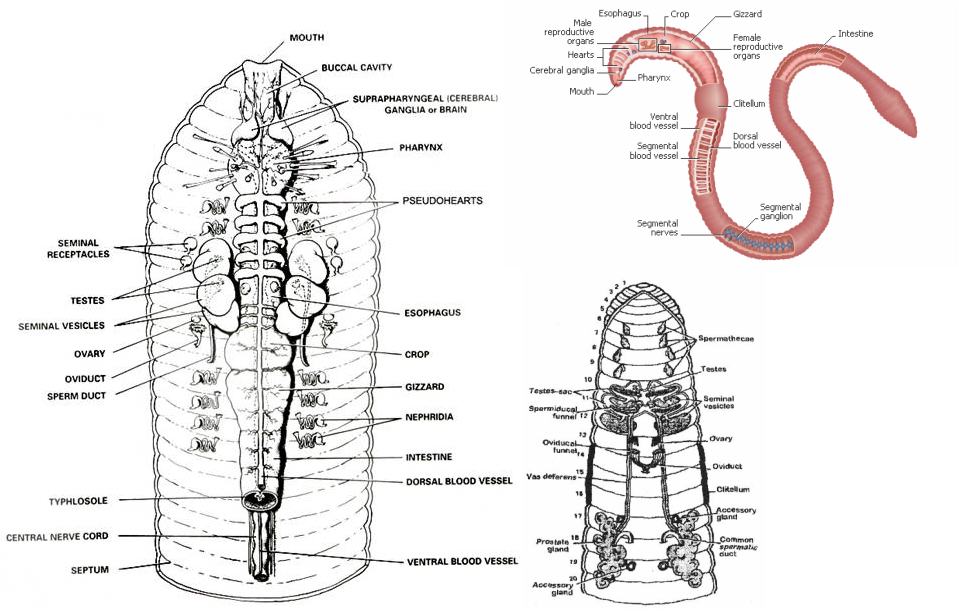