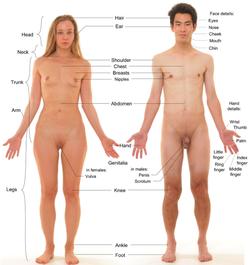 There is roughly seven billion humans Humans are primates from
the family Hominade. And humans are know for their large brain which gives them
the ability to reason, communicate with written or spoken languages, to problem
solve, and to have a culture. Humans are also the most developed species in tool
use  (due to the larger brain capacity and the fact that they are bipedal)they
are the only known species to use fire to cook their food (allowing them to have
bigger brains in place of needing larger jaws for uncooked food) and also to use
objects to clothe
themselves.

Humans are animals that reproduce sexually. They are able to reproduce after puberty in
the life of a human. In human reproduction there are a few things that are
necessary. First the female must release an ovum or an egg, which is produced in
her ovaries, during a certain time in the reproductive cycle. The next thing
that must happen is the male must insert his penis into the females vagina and
then release his sperm (which is held in the males testacles) within the female
therefore fertilizing her released ovum. Then the fertilized ovum is transported
to the females uterus (also known as the womb). Then we have the implantation of
the fertilized ovum into the wall of the uterus. And once the ovum is in the
womb so it can be cared for throughout the pregnancy. Next is the birth of the
child through the vagina and eventually after the birth the females organs will
returns to there normal unpregnant place.

Da Vinci's Anatomy of a Human 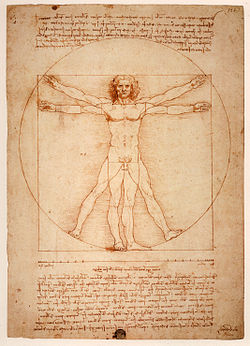