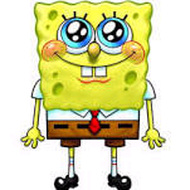 Porifera Yellow Sponges
Sponges are a diverse group of about 5000 species known across the world. Sponges primarily live in marine waters, but around 150 species live in fresh water.  Sponges have something called cellular-level organization. This organization means that that their cells are specialized, like humans, in order to perform  different functions.   The difference with sponges and humans is that similar cells are not organized into tissues, and bodies are a sort of indirect kinds of cells. 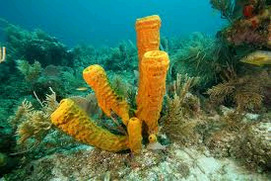 Most sponges studied are recorded hermaphrodites. this means they are capable of producing both eggs and sperm. The yellow sponge in particular, is a species that separates males and females.
During the reproductive season of a sponge, like in the warmer summer months, eggs and sperm are released from sponges over a period of several days.
The eggs become fertilized and begin to develop as they float through the water, and eventually settle on a surface to begin growing into a new individual sponge.
Powered by