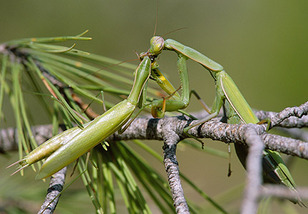 Contrary to the popular, belief, the male mantis is not always consumed by the female after the reproduction process.  Although true in captivity, this cannibalism of the male mantis rarely happens in the wild.  Most female mantises are flightless and attract males (much smaller than the female) by emitting a species-specific chemical (pheromone).  Before sex, The male performs a courtship routine before climbing on to the female's back to mate.  Mantis reproductive organs are located on the tip of the abdomen.  The male fertilizes the female and flies away to  mate with other females.

Female mantises lay between 10-400 eggs using the  ovipositer on the tip of the abdomen.  These eggs are cased in an ootheca (egg case) made from a frothy substance produced from the female's abdomen.  The ootheca is comprised of many "rooms" in which a single egg is held in.  These rooms also consist of a one-way door allowing the mantises to hatch and climb out.  The ootheca hardens after being baked by the sun and offers the eggs protection from predators and other environmental hazards. 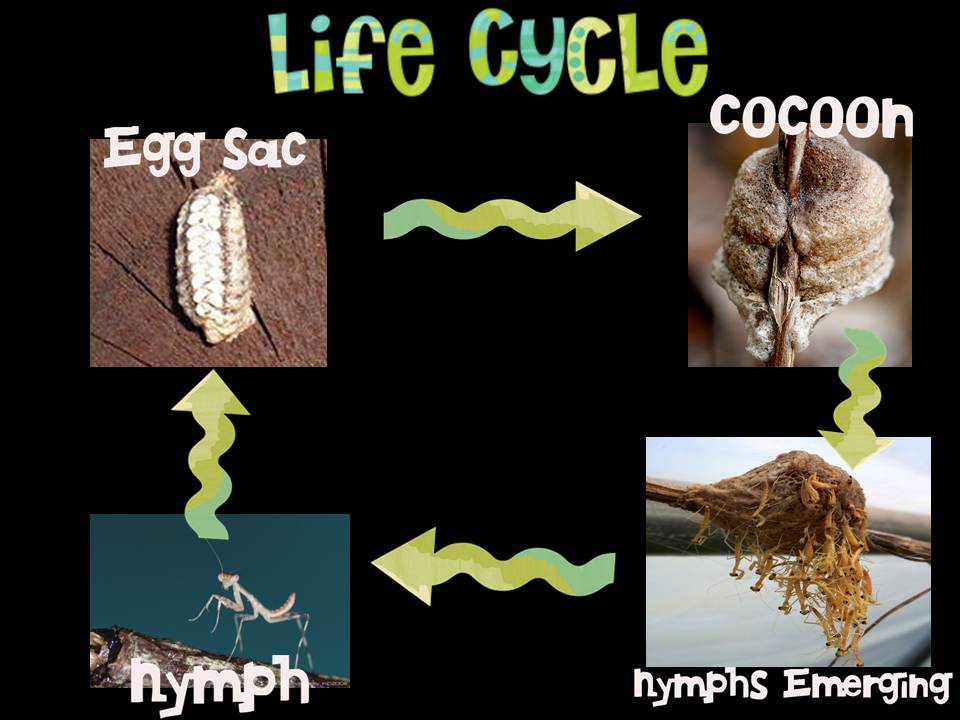